Jackson Fuller is a main character on Fuller House. He is D.J.'s oldest son. Jackson is the first Fuller child, and D.J.'s first son. He likes sports, skateboarding, and hanging out with his friends. He's a bit of a rebel, and doesn't always listen, but is generally a good-natured kid.

He is portrayed by Michael Campion.

On Jackson's sixth birthday, Ramona blew out his candles, stole his wish (which was for her to leave), and then she rode home on his pony ride pony. Jackson, even years later, is still upset about this, and he claims that Ramona ruined his cowboy party. When Jackson's father, Tommy Fuller, was still alive, he would take him to baseball games, and let him ride in firetrucks at work.

Jackson seems to have been very close with his father, as he is the only one we see a photograph of with him, and Jackson looks back and remembers his father fondly.

When D.J. decided that Kimmy and Ramona (as well as Stephanie) were going to be moving in to help her take care of the kids, she knew Jackson wouldn't take it well, as Jackson and Ramona don't have the best relationship. So, D.J. made Jackson a special breakfast the day that the Gibbler's were moving in, in hopes that will get him in a good mood, before she breaks the news. However, before D.J. can tell Jackson, Kimmy and Ramona come into the house with their luggage, and Kimmy yells, "Home sweet home!". Jackson doesn't take this well, and he storms out.

Later on, D.J. has to tell Jackson even more bad news. Ramona is moving into Jackson's old room, and Jackson is sharing a room with Max. This time, D.J. makes Jackson a chocolate cake in hopes that he will take the news better if he has a chocolate cake. However, Jackson finds out that Ramona is moving into his room, by seeing all of his stuff on the floor outside of his room. Jackson is very upset by this, as he thought the only positive about the Gibbler's moving in, is that he can have more alone time in his "boy-cave".

Max is very excited to be moving in with Jackson, but Jackson hates the idea, and tries to get Max to want to move in with Tommy Jr. instead. Max is on board with the idea, but once he smells Tommy Jr.'s diaper, he immediately changes his mind.

Unlike the close friendship shared by their mothers, Jackson and Ramona initially share a bitter rivalry; dating back to when Ramona ruined Jackson's sixth birthday party. As time goes on, when Ramona and her mother move into the Fuller household, Jackson and Ramona become closer friends and she is even able to help him out with his crush, Lola. In the episode "Love Is In The Air", Jackson thanks Ramona for all of her help with Lola, after she kisses him before leaving from the double wedding. In the episode "Girl Talk", Jackson defends Ramona against his best friend Bobby Popko by making a viral video calling him "Poop-ko" edited over with fart sounds to show Bobby how hurt and angry he made Ramona feel with the hippo video, leading into their first hug.

"Lola: Remember yesterday when I said I almost considered sorta, kinda, maybe liking you a little? Now I sorta kinda maybe really do.
Jackson: Well, I really like you."
—Jackson and Lola.[src]

Jackson has maintained a crush on Lola throughout the series. Lola dumped him in "Declarations of Independence", due to him being too clingy. Although, they agreed to remain friends.

"Jackson: Rocki, I'm sorry for going off on you, too. If you don't want to be my girlfriend, then that's cool.
Rocki: I'm just not really into labels, so, let's just be friends.
Jackson: But, can we be friends who make out once in a while?
Rocki: Sure, why not?"
—Jackson and Rocki.[src]

Rocki and Jackson met in summer school, and at first, Rocki wasn't that fond of Jackson, but once they started being put in group projects together at school, they started to grow closer. Their relationship took a big step in "Fast Times at Bayview High" when Rocki kissed Jackson. In Prom Night, Jackson apologies to Rocki about the insult she forgive him but she doesn't trust him anymore so then they broke up. While Kimmy is having a baby for Stephanie and Jimmy Rocki hold his hand (implying they might get back together). They got back together in Moms' Night Out. 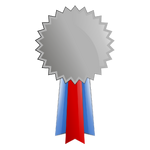 This Character won the second place award for Favourite Child at the Annual Fuller Awards 2016!

Retrieved from "https://fuller-house.fandom.com/wiki/Jackson_Fuller?oldid=27692"
Community content is available under CC-BY-SA unless otherwise noted.